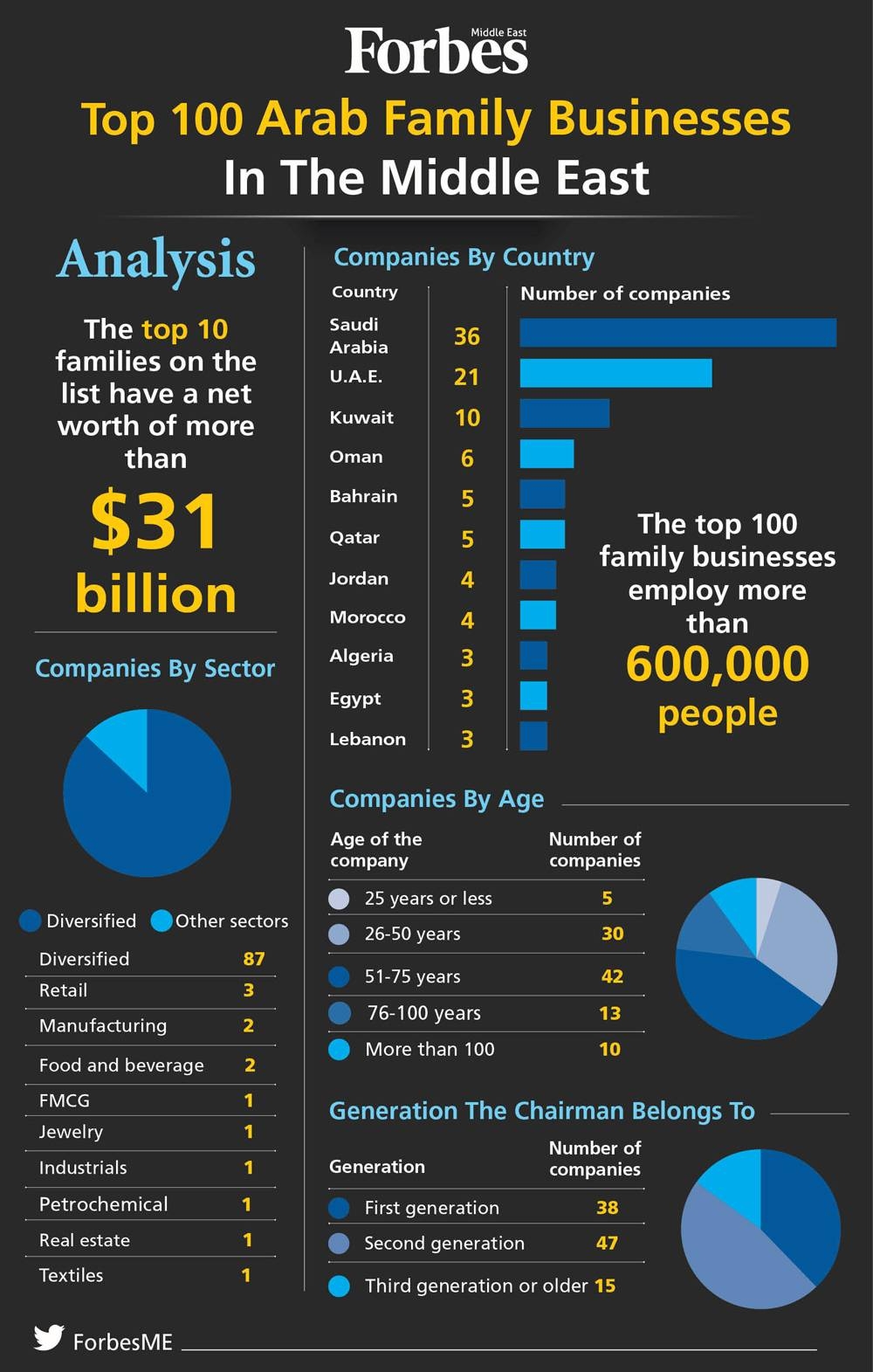 DUBAI — The Forbes Middle East has revealed its ranking of the Middle East’s most powerful Arab family businesses for 2020, highlighting 100 of the largest family companies that have helped to shape the region.

• Saudi Arabian family businesses, dominated the list with 36 entries. The Olayan Group, which ranked third on the list, was the top-ranked Saudi company on the list.

• The UAE ranked second with 21 companies: The Al-Futtaim Group, headed by billionaire Abdullah Al-Futtaim, comes second on the list, topping the UAE’s family businesses, thanks to his empire that includes car dealerships, licenses to numerous brands, and shares in companies listed on the stock exchange.

• The list was topped by the Mansour Group from Egypt, which is managed by Mohamed, Yassin and Youssef Mansour, whose combined wealth is $7.4 billion.

• More than 600,000 employees work for companies listed in the “100 Most Powerful Arab Family Companies in the Middle East 2020” list.

• The 10 most powerful Arab families have a wealth of more than $31 billion.

• Over 80% of the family businesses on the list are licensed to sell international brands, either in the countries in which they are located, or across the region.

We looked at approximately 200 Arab family-owned businesses in the region. We considered:

• Business diversification and the number of sectors in which they have significant operations.

• Types of business activity and to what extent they have been affected by this crisis.

• Number of countries they are present in and geographical diversification.

Hottest commodity in Lebanon’s economic chaos: The US...

The Emirates and Kevin Hart to make 3...

Symptoms And Treatments For Glaucoma